A grant from the Ohio History Fund to CityWide Development Corp. will be used to preserve the story of an historic West Dayton attraction located in the Pineview neighborhood, a focus area of the Land Bank’s Thriving Neighborhoods Initiative.

Located at Gettysburg and Lakeview avenues on land opposite today’s VA Medical Center, Lakeside Amusement Park was opened in 1890 and closed in 1967. Its concert venue and dance hall, the Palladium, continued to operate for a number of years.

A Dayton.com article states, “Thousands rode the Derby Racer wooden roller coaster, spun on a carousel made of 48 hand-carved horses and were delightfully drenched on a water ride called Shooting the Chutes.”

CityWide will use the $12,750 grant to install five interpretive signs telling the park’s history. Grant funds will also be used for research on the park.

In 2017, residents and community partners joined in a larger effort to restore Lakeside lake, a Pineview neighborhood priority. The project resulted in a major cleanup and investments in a new fishing pier, park signage, iron benches, a walking path and other amenities. 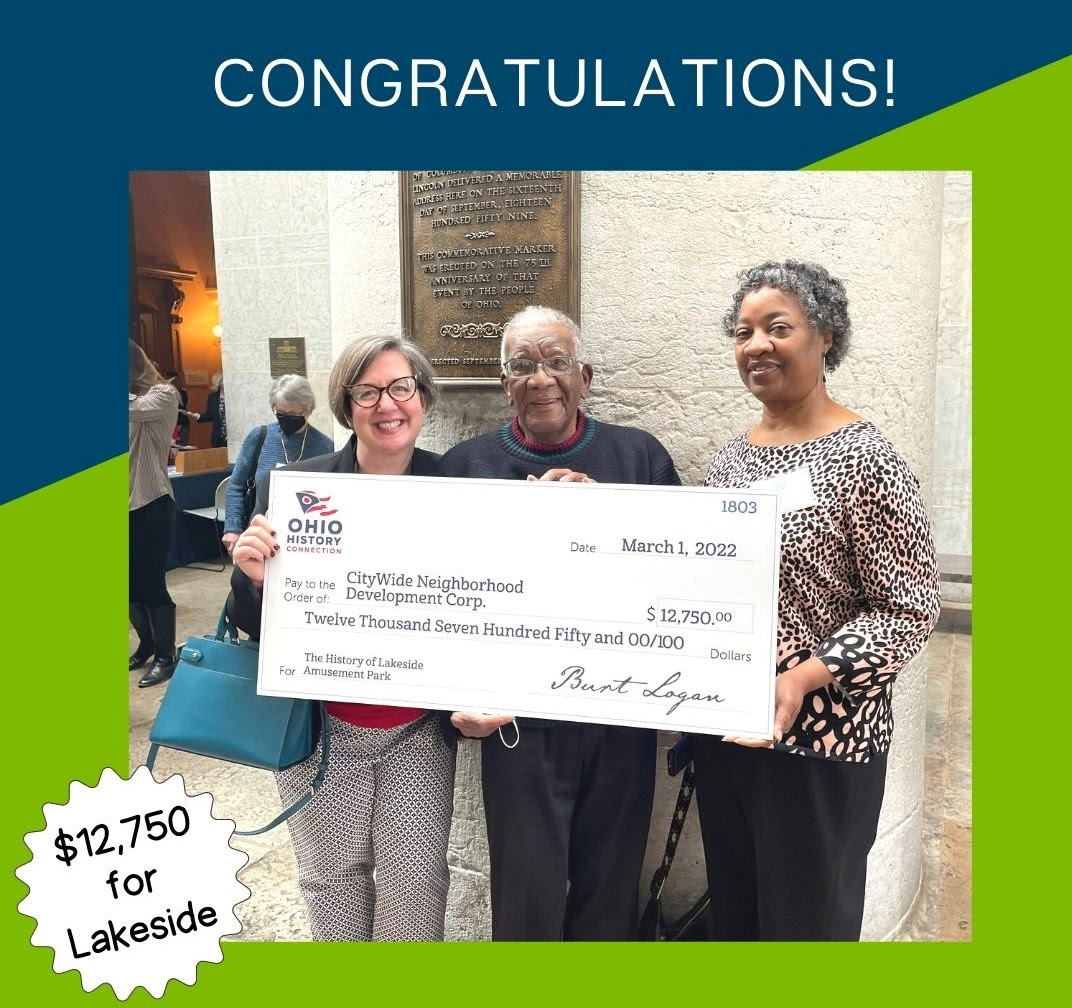